In the ‘push-me-pull-you’ world of the Arts, ACG has been a lighthouse for many.

In our fast, shifting & global modern culture, relationships with the church community can be difficult to sustain. Add this to the life styles of creative artists which are often unstructured, solitary and transient and you discover a huge need for a community, one which understands the rigours of being on tour and away from home for extended periods, working when others are out ‘playing’ and dealing with inconsistent work opportunities.

We are committed to enabling and empowering members to grapple with issues of faith and spirituality and the influence this has on their work and artistic expression. For the artist who regularly engages with moral issues and questions of integrity, it provides a forum of safety from which to explore and debate.

We are here to support, encourage, inspire and mentor each other as we seek to integrate our lives, Christian faith and artistic endeavours.

Throughout the years ACG has run a great variety of events and created multiple opportunities which enabled our members to engage with each other and be encouraged in the pursuit of their careers.

HOW DO WE RUN?

ACG is run by a Board of Directors consisting of Christian men and women who are well established in their artistic professions. 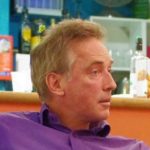 Gordon Adams took over as chair of ACG in January 2015. He has over 20 years experience in the Television and Radio industry as a Senior Producer, Director and Journalist. He has worked across several different genres within the profession including TV News, entertainment and factual programming. Gordon has been a Christian for over 34 years and originally joined the ACG in the mid 1980s. He is an avid movie watcher, a voting member of BAFTA and also belongs to the BFI. 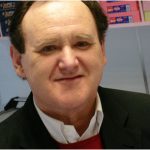 Tony Jasper has worked extensively in radio, television and theatre. He has written for major newspapers and magazines on the contemporary music and folk worlds. As an author he has over 70 titles published in music and religious fields. In 1982 ITV screened a docu on his life and Christian witness. He founded the much travelled and applauded Jasperian Theatre Company. He preaches on a Sunday across a wide range of Christian communions from Salvation Army to House, to the mainstream.

Tony runs the ACG Awards and he believes Christian insight to be most vital in the Arts and Media world and that the role of Arts Centre Group should be one of growing influence. 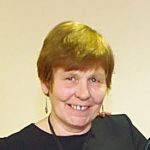 Patricia Harvey is a water colourist, writer and television producer. She regularly exhibits for the Royal Institute of Painters in Watercolour; has devised and produced numerous television programmes including The South Bank Show, Hear My Chanson, and writes for various magasines and her own Blog on the influence of immigration on French Song.

She says, ‘One of my greatest joys has been membership of the Arts Centre Group, the mantra of one of whose founders, Nigel Goodwin, I endorse to the hilt: “thoroughly Christian; thoroughly professional”. 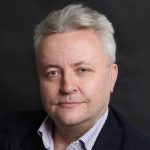 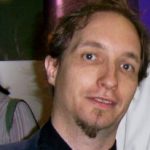 Jason Blackwood is trained in journalism, photojournalism, photography, art & design, advertising & P.R. He is the former chair of the Harvey Gallery in Guildford. Whilst there he had a number of successful exhibitions & helped run several high-profile events. Jason is the unofficial photographer (& assistant caterer!!) at most ACG bashes. He also runs the Visual Arts Fridays for the organisation. 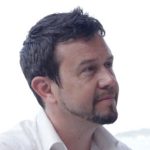 Andy Hall is a creative video producer and media trainer specialising in the production of marketing films featuring animation and motion graphics. He began his career in Film and TV in 1995 and as digital video emerged, retrained in new media. Since then he has worked at top digital studios, production companies, branding and advertising agencies. His editing and animation work has been transmitted on the BBC and ITV. He has a passion for combining high-end production values with journalistic focus to create dynamic and effective business videos” 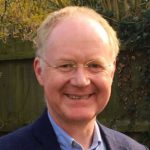 Alastair Cutting has been a member of ACG since 1983, and has a broadranging interest in the arts. He ran regional ACG Groups in Nottingham and Sheffield in the 1980/90s, and for 5 years ran The Nave, an innovative church-based arts centre in Uxbridge. Alastair served on the ACG Board in the 1990s, and again since 2013. Through his day-job as Archdeacon of Lewisham & Greenwich he tries to keep the arts in mind in Church of England thinking and planning.