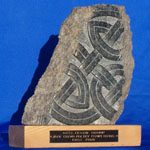 The Award Day was held in the Methodist Central Hall on Saturday 17th November 2018 and commenced with a Survey of Welsh Poetry from Lord Leslie Griffiths, which took the form of an imaginary tour of Wales with reference to various poets who were associated with those areas. Lord Leslie read out various samples of their work, including Henry Vaughan, several poems by Dylan Thomas, a favourite of his, George Herbert, RS Thomas, Gerald Manley Hopkins and concluded with Ann Griffiths, who was a mystical poet who died aged only 29.

Lord Griffiths’ Lecture was followed by an interview with Christine Smith, Publishing Director of Canterbury Press.  Canterbury Press had not previously entered the field of publishing poetry but recently, they had made an exception in regard to the priest-poet Malcolm Guite.  Most publishing companies need their authors to find a platform upon which they can make their work known.  So many shops, particularly those selling Christian books have closed so it is up to the author of poetry to make those connections in different ways.  She made a number of suggestions of what writers/poets could do to promote their work. 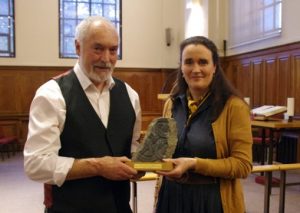 Christine Smith then presented the prizes to the three winners of the ACG Jack Clemo Poetry Award 2018.   For the first time ever, the judges could not separate the first two entries so it was announced that First Prize went jointly to Susan Mansfield for her poem ‘Silence‘ and Philip Burton for his poem ‘The Carpenter‘. 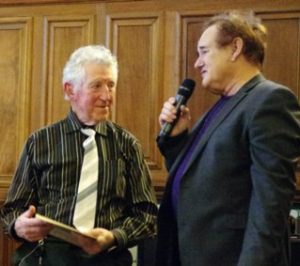 The Third Prize went to David Crees for his poem ‘Painted Reminiscences‘.  The joint winners will also share the pleasure of looking after the award for 1 year each.  The theme of the competition was a poem that spun off the phrase  ‘Those moments we always come back to.’

The day concluded with the winning poems being read as well as a miscellany of poems written by ACG members past and present.