‘Exploring The Industry’ with Shawn Bolz 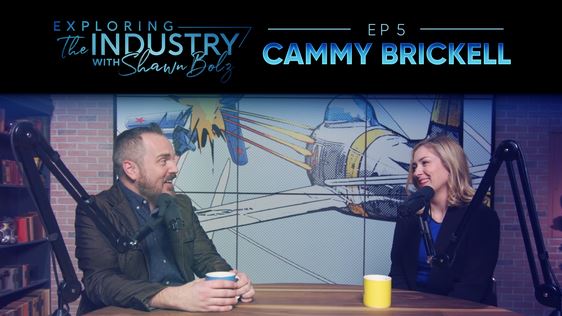 ‘Exploring The Industry’ is a series of interviews with Christians who are involved professionally in the arts.  It is a USA based initiative and those interviewed are from all disciplines – musicians, screenwriters, actors and more.  This episode features comedian and actress Cammy Brickell.

Join Shawn Bolz as he interviews  Cammy.  She shares vulnerably about the trial of her life as a young musician who had just produced her first worship album and losing her voice due to a tumor, which lead to battling anxiety and depression.  She found her way out through her faith in God when He told her, she had the gift of comedy.  Now she is selling out comedy clubs, acting, and writing comedy.  In this interview they talk about not just the highs, but the season of lows and how this honest comedian got through it all into the God dream she would have never expected.

Watch the episode by clicking here