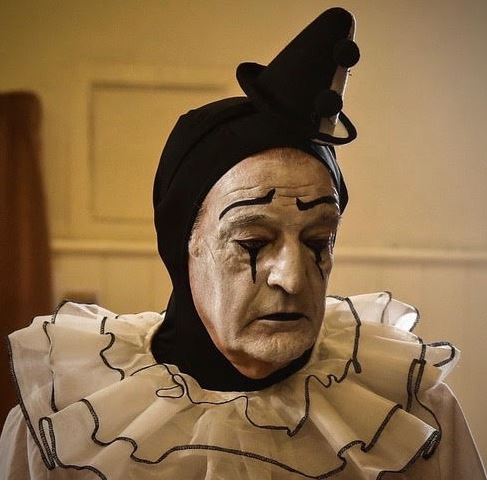 Posted at 08:51h in Events by Colin Burns

Tricolore Theatre Company presents a new audioplay, completed during lockdown, entitled,  ‘Grimaldi’s Last Act’.   Nadia Ostacchini has produced the play and also has a small speaking part. It can be listened to for free on the Tricolore website: https://www.tricolore.org.uk/

Joseph Grimaldi was an A List celebrity of Regency England. He was an actor,  comedian, and dancer.  In the late 1700s a clown was a minor character in a whimsical show called a Harlequinade, a largely silent performance with music, dancing, comedy, and pathos.  Grimaldi expanded that role into the baggy suited, colourful, painted-faced clown who graces our circuses today. He played many comedy and serious roles to audience acclaim.  Born in Islington in 1778, he joined his father on the stage by the age of three and by 6 was a famous child star.

As an adult, he went on to have huge success on the stage, in lavish pantomimes with many costume changes, songs, dances, comic routines effects and acrobatics.  His physical and mental health declined and Grimaldi’s last performance was on Friday June 27th, 1828 at Covent Garden Theatre and he died in 1837.  The young Charles Dickens was a fan of Grimaldi, having seen him play live and wrote an enchanting biography of the celebrated performer.  That biography formed the basis of Tricolore Theatre Company’s audio play, which will be performed in London next year.  It was written by Penny Culliford and adapted from the Memoirs of Joseph Grimaldi by Charles Dickens.